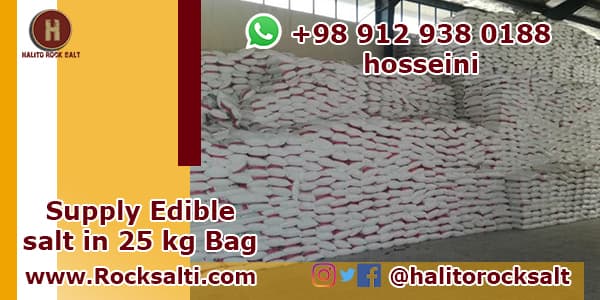 Sea salt and mountain salt, or rock salt, are used as food flavorings and have some differences.

As a result of the evaporation of seawater, some salt remains, which contains numerous mineral elements such as iodine, sulfur, magnesium, sodium chloride, etc., among which the sodium chloride has a higher percentage. 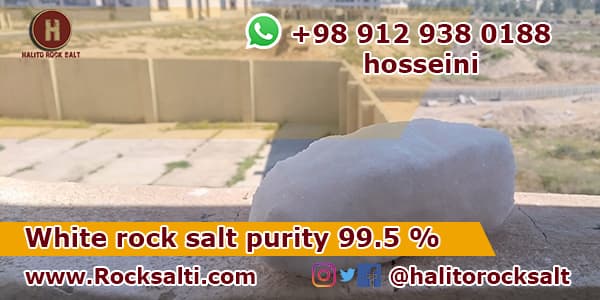 what is mountain salt?

Mountain salt is the industrial name of Halit and has crystalline particles. It is extracted from rock salt mines and like sea salt, sodium chloride is the most abundant element in it.

These mountain salt mines are the result of the evaporation of seawater in the second geological period, which is at least 200 million years old, so the first difference between rock salt and sea salt is the source of their extraction.

Sea salt usually has some moisture in it, but mountain salt does not have such a problem and is more compatible with the human body, so it is much more suitable for oral consumption. 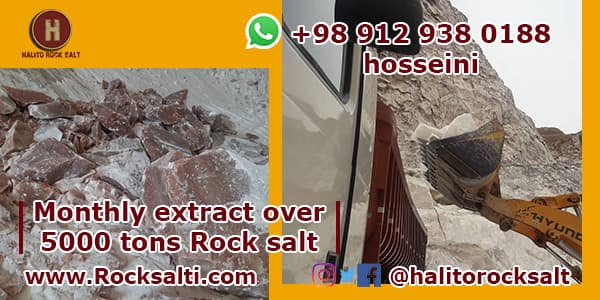 how to make table salt?

One of the oldest chemical methods known to mankind was the production of salt. Although salt is naturally produced as a result of the evaporation of seawater, the use of this chemical method helped to produce salt with higher performance.

Some salts are still produced using ancient methods, but newer methods are much easier and more economical. The taste and texture of the salt produced depends on the source of the salt and the method used to make it.

In general, edible salt is produced in three ways

Edible salts used in kitchens are usually the result of using the salt water method, but we must say that the most suitable salts are obtained from salt mines.

China is the world’s largest producer of salt, followed by the United States. Of the 220 million tons of salt produced, only 6 percent is used for human consumption.

In the following, we will explain about each of the methods of salt production.

Sea salt: About 3.5 percent of the world’s oceans are made up of salt. To produce sea salt, seawater is usually directed into a pool, leaving the sun’s light and wind to evaporate and the salt crystal to remain. This method is mostly used in areas with dry climates such as the Mediterranean and Australia, because in areas with high rainfall, rain prevents water evaporation and salt production.

Rock salt: There are salt rocks called halites beneath the earth’s surface. As mentioned, these rocks formed from the drying up of old lakes millions of years ago. The extracted rock salt is crushed by special devices after reaching the surface of the earth and is used for industrial and food purposes.

Salt brines: While the oceans are still a natural source of salt, humans are still interested in extracting salt by pumping water below the earth’s surface to dissolve salt deposits and produce salt. This salt water is pumped to the surface of the earth and is purified using crystals of sodium chloride due to its high mineral content.

The salt rock extracted from the Himalayan salt mines contains approximately 80 mineral elements such as barley, zinc, phosphorus and.. One of the reasons these salts are so valuable is that they contain less sodium, which is less dangerous to health.

Pink salt is mostly found in rock salt mines in the Punjab region of Pakistan, which is the result of large-scale evaporation of seawater during the Precambrian period.

This salt contains potassium, magnesium and calcium, and the presence of large amounts of magnesium and iron causes it to turn pink. Also, this salt has a different taste compared to other salts due to its potassium content.

Pink rock salt, in addition to being used for food, is used in the preparation of all kinds of salt bricks for salt rooms and rock salt bedside lamps. Experts believe that this salt is effective in expelling body mucus and allergens in the air. 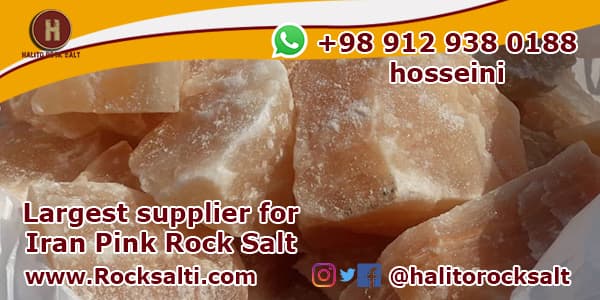 White rock salt was the first known mountain salt in the world to be 2,000 years old, and its highest specimen is the best salt that humans can consume because it is free of heavy metals.

On the other hand, due to the high purity of this rock salt, industries that need clear and clear water also use this salt rock to purify their water. This issue has progressed to the point that countries with rock salt demand to buy this product. .

Halito rock Salt group is the only supplier of high salt with a purity of 99.5% in Iran. 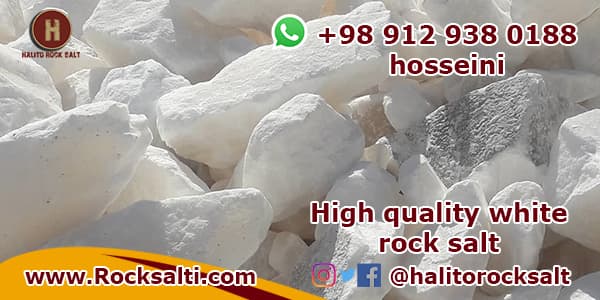 From the rock salt mines in Garmsar, Semnan province, large amounts of rock salt are extracted annually with various colors, and this variety of colors indicates the high amount of an element such as iron, magnesium or potassium, and so on.

In the domestic market, red rock salt is mostly used in the production of salt bricks and decorative salt rock, but the countries that buy this rock salt use it to produce edible salt or mix it with other foodstuffs. 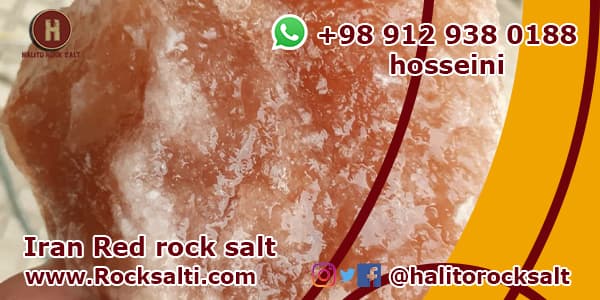 One of the industries that needs a lot of salt is the livestock industry, because animals such as horses, cows, deer and fish are in dire need of salt.

Sodium is the only fluid electrolyte in the blood and fluids around the cell through which nerve cells communicate with each other and produce hormones, and if the amount of sodium in the blood is low, the blood cannot hold enough water. Disruption of normal cell processes.

For example, if this happens to the horse’s body, the body will try to keep some sodium by restricting the kidneys, which will cause an imbalance in minerals and animal disease, and if this process continues, it can lead to death.

That’s why animals need to get salt in their meals so they don’t get into trouble. Livestock farmers are one of the main buyers of salt rock extracted from salt mines. 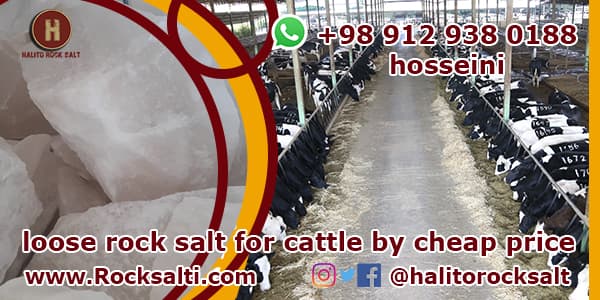 Rock salt Oral salt crystallization, as well as a variety of white and crystal edible rock salt and red rock salt with a degree of edible quality, are products that domestic and foreign buyers use for edible use or the production of edible salts. 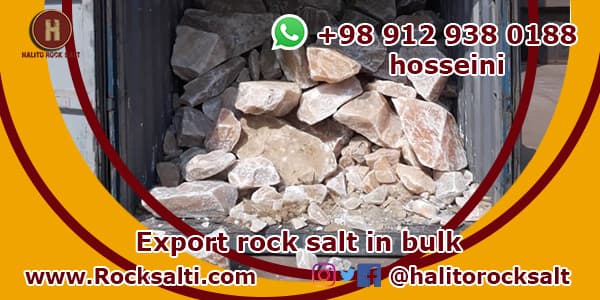 We also have the ability to export rock salt and edible salt to all parts of the world with the possibility of delivery in the destination country, and up to 5,000 tons per month there is the ability to supply and export the product.