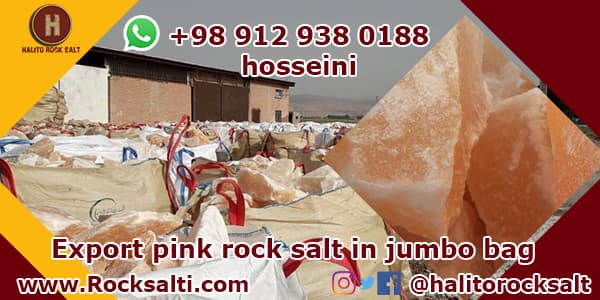 Salt rock is a glowing rock that, if exposed to sunlight without changing its shape and appearance, will have a ionizing effect that will increase the energy of the rock, which will repel negative waves and create a sense of calm and. Reduce stress.

If the mineral rock salt contains salts other than sodium and chlorine, it will change in color.

The red salt rock and the orange rock salt have also changed color due to the presence of iron in the rock salt, and the higher the redness of the rock, the more iron it will naturally have. 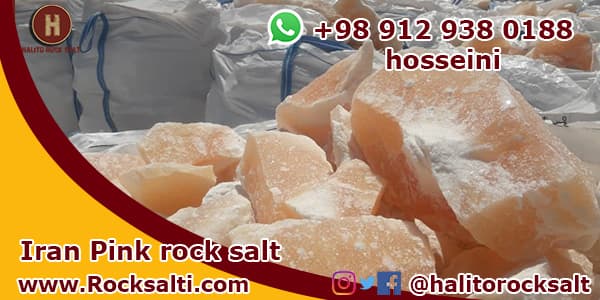 Introduction of Garmsar rock salt mine

In Iran, there are various salt rock mines, the distribution of which in different cities shows that our country, Iran, has very large reserves of rock salt.

In these mines, different types of rock salt are obtained and used for various food and industrial purposes, which are usually classified based on the color of the rock salt as well as the amount of purity in it.

Garmsar salt rock has a very high quality and quality, which has been introduced and known in the world market due to its high quality. 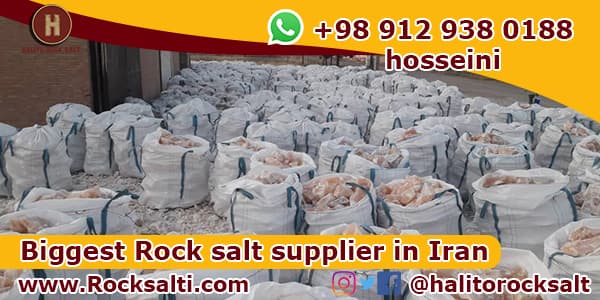 Mineral rock salt can be divided into different types according to color and application:

First of all, we will introduce different types of salt stones based on color:

Also, mineral rock salt is divided into the following categories according to their application:

Due to their high potential, rock salt mines in Iran can become one of the main export centers of rock salt in the world.

Red salt, extracted from Iranian mines, is used to make salt bricks and decorative saltstones, but in other countries, red saltstones are also used for food.

In the mines of Garmsar city, there is also orange rock salt and its amount is very low and it is very popular in the domestic market and the field of decorative rock salt is the most consumer of this rock.

Blue rock salt, which is the rarest salt rock in the world, is rarely found in the Garmsar mines, where no tamen has been found anywhere in the world. 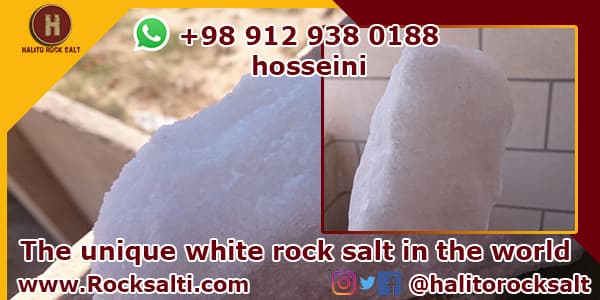 Pink rock salt is extracted from salt mines in the Himalayas and contains substances such as chlorine and sodium, as well as organic matter and important elements that distinguish it from other salt rocks on the market.
In addition to the chlorine and sodium elements found in common salt, Himalayan pink rock salt contains some elements of calcium, magnesium and iron that are very good for the body and help maintain a person’s health. It is due to the presence of iron in it.

Himalayan rock salt, in addition to oral consumption, other uses such as health, beauty; It has a massage and 2.

Regarding the properties of Himalayan rock salt, the following can be mentioned:

Iran pink rock salt has many properties that you can replace with regular salt.
Iran rock salt is expensive because it is imported and can be said to be expensive to make.

Many energy therapy classes and yoga classes always try to keep the classroom in a rock salt room.

According to research, being in a salty space can have a big impact on a person’s comfort and ease of breathing. Salt releases this by releasing negative ions into space.
Forests and waterfalls are full of negative ions. Negative ions are a factor in health! 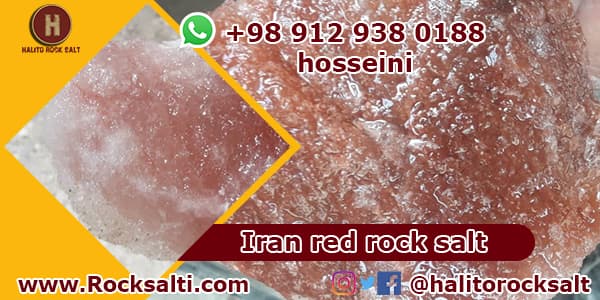 Decorative salt stones have many properties and are a favorite of many buyers due to their healing properties.

One of these is the rock salt lampshade, which is used to treat lung diseases. These lamps emit negative ions into the air.

The negative ions distributed in the air balance the negative energies in the environment and create a sense of calm, reduce stress, and ward off eye sores.

It is recommended that people with asthma use rock salt in their home environment to greatly reduce their health problems, and rock salt is also widely used for feng shui.

If you use rock salt in your home environment, over time you will find that your mood has changed and become calmer than before, and one of the most important uses of rock salt is for eye contact or sore eyes, which is also scientifically. has been proven. 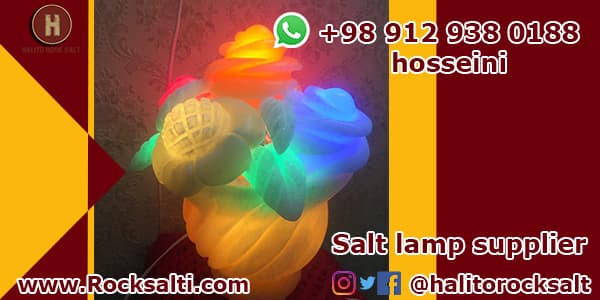 The best type of rock salt for cooking is Himalayan salt rock because it has many elements and has many properties for cooking.
In addition to being used as food for salt, red and orange salt stones are also made and used as a dish or surface for cooking food or plates.
Pink salt helps digestion, reduces stomach acid reflexes and balances the body’s pH. 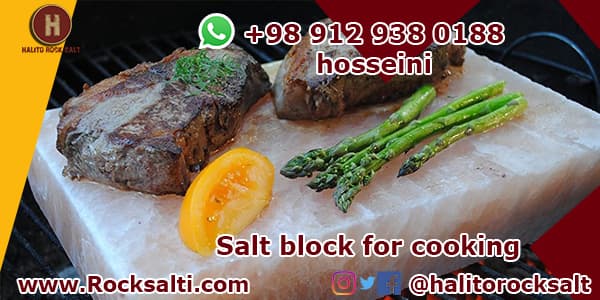 It has previously been suggested that saltstones are found in a variety of colors, including red, blue, green, black, pink, and orange.

Orange rock salt is extracted from Garmsar rock salt mines, and the reason it is orange is due to the presence of iron in it, which makes it orange.

Orange rock salt has a more limited market than other rock salt, and white and red rock salt have always been at the forefront of exports, mainly due to the very low stock of orange salt. 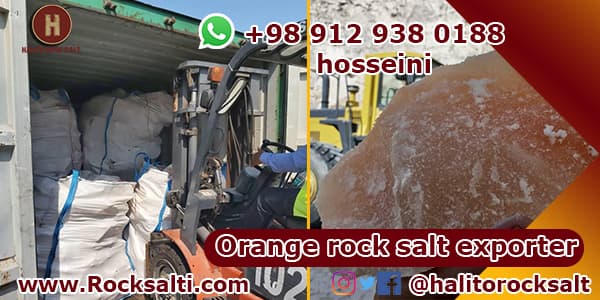 Raw salt rocks are rocks that have not been processed and are untreated.

Raw salt is used for a variety of purposes. These stones contain large amounts of sodium that can be used to purify drinking water. Raw salt is also used for food, but you should note that this is the opposite The order of the Ministry of Health is the order of the day, and if possible, you should avoid eating salty foods orally and use refined salt for this purpose.
Other uses for raw rock salt for decorative purposes include a very large volume, and its buyers are often workshops for the production of decor rock salt Iran is offered. 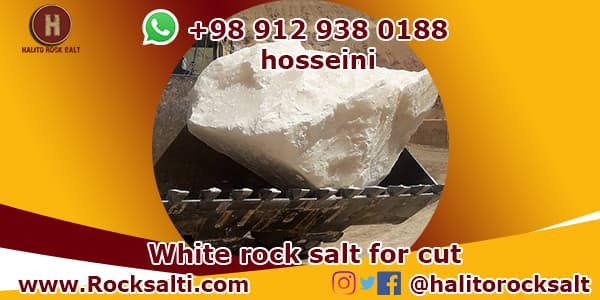 Where to put rock salt in the house 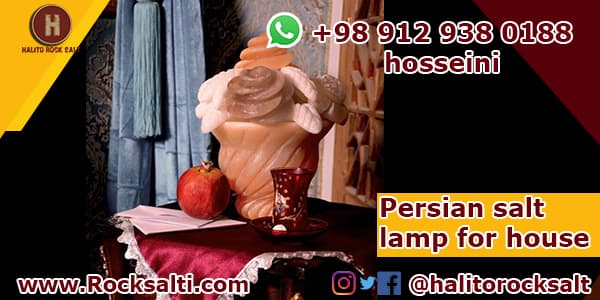 Salt rock is also useful for repelling eye sores and should be used in a place where guests can be accommodated.
Therefore, it is better to put rock salt in the bedroom or in the living room. It is better to always prioritize children’s bedrooms so that they have a calmer and more comfortable sleep.

Salt lick for cows in cheap price from Iran