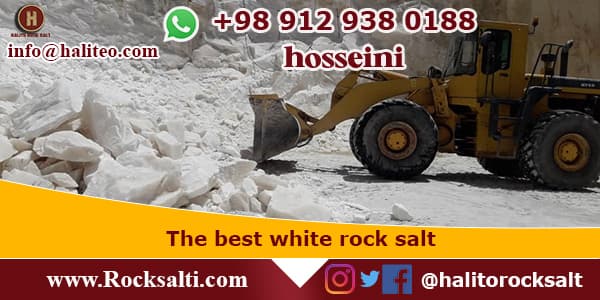 Rock salt is a type of rock salt that has the lowest impurities such as gypsum, arsenic, mercury, etc. and its direct and unprocessed use has not only harm to humans but also many benefits.

Pure salts that are rich in minerals are very scarce, and Halito therapical white rock salt is one of these.

Generally, rock salts with a purity of 98% are easily classified as edible and therapeutic rock salts, but the point is that edible rock salts are not necessarily treatable because they must be cut but not all rock salts.
rock salt must be exposed to a light source in order to spread its properties around it. 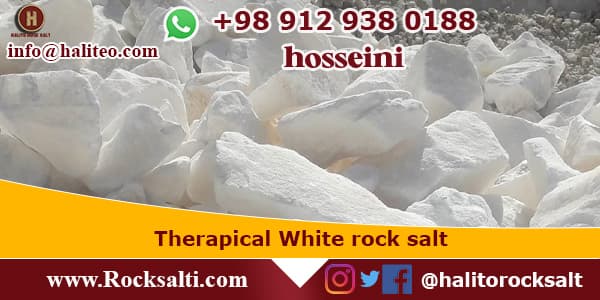 Edible term for rock salt is a bit more difficult than salt because salt is edible to determine whether or not to have a purification operation on it, but for rock salt, its purity and unnecessary material is very important.

Rock salt does not fall into the food category at all and should only be converted to refined salt, but there is a type of rock salt that has been able to record a very exceptional 99.5% purity, a purity above or above the recrystallized salt. Which is incredible and amazing.

This exceptional rock salt is purchased by many foreign buyers for edible and its exemplary quality has always made it the highest price. 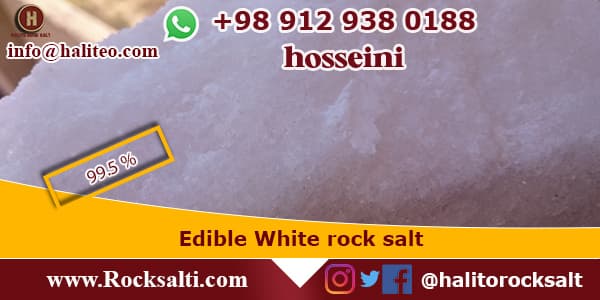 How to make pure rock salt

Rock salt is one of the sedimentary rocks, meaning that the underground salt layers formed by the drying up of vast oceans over 200 million years ago have formed salt mines due to congestion over the past centuries.

It is important to note, however, that with the exception of the drying up of aquatic basin, the salts produced in an area cannot be considered as high quality, as factors such as the climate of each area and the type of soil also have a direct influence on the formation of salt rocks.

In our country, Garmsar region has the best type of salt rock in its heart, although some other regions of Iran also have salt mines, but the difference between the extraction rate is very high in Semnan province and other provinces. 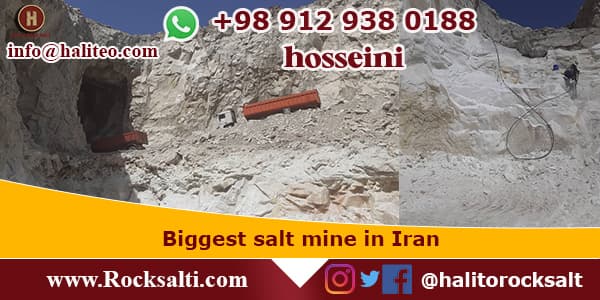 White rock salt is very important due to the many applications it has in our daily lives and this has made it a very wide market.

It is a cornerstone of white rock salt applications, and in Turkey specifically white salt is used for cutting and producing large-scale decorative salt and salt bricks.
Export of white rock salt to Turkey is one of the important activities of our group.

Manufacturer of Salt block for cooking