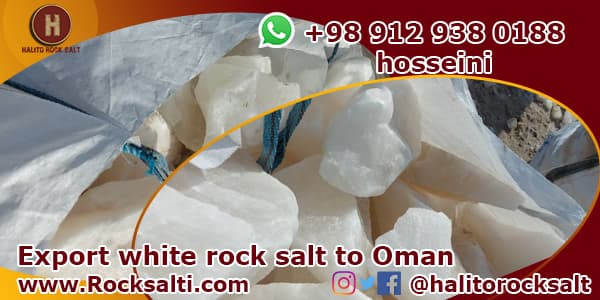 White rock salt is one of the most abundant rocks that exist in rock salt mines and due to its many applications in medical, industrial and also as an edible rock salt, today their production, sale and export. Has increased dramatically.

There are salt rock mines in different cities in the country, including the most famous of these mines, Garmsar salt rock mine, which is considered as one of the largest salt mines in Iran and the world. In this mine, every year the production and export of white salt rock to different European and Asian countries is done and it leads to a very good currency for Iran.

It should be noted that Iran is known as the largest producer and exporter of white salt rock in the world and salt rock mines in Iran have the largest amount of this type of rock. Red, blue, pink, etc. rock salts are among the other rock salts that are extracted in Iranian mines and sold for various purposes. 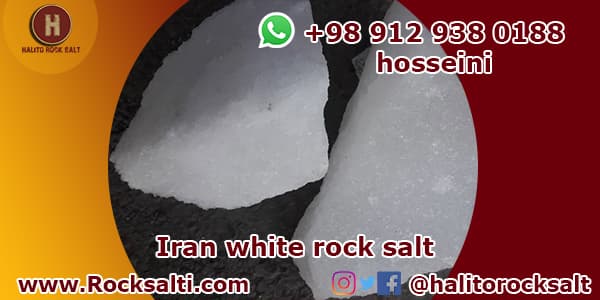 Salt rock is one of the evaporative sedimentary rocks. This means that it is formed by the evaporation of water in the layers of this rock, which is more than 200 million years old and is formed by the deposition of various salts, such as salt. There are different amounts of different elements in rock salt. For example, magnesium, calcium, iron, and potassium are some of the elements found in rock salt. 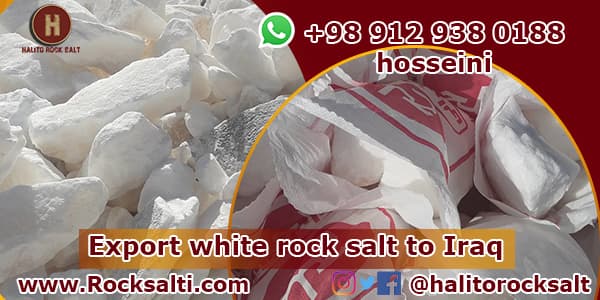 As mentioned, rock salt, which is to be used for therapeutic and oral purposes, must be free of any elements dangerous to human health. Therefore, before using white salt rock for oral and therapeutic uses, the process of removing its impurities must be done.

Garmsar edible white salt rock has a purity of more than 98%, which is quite exceptional, and its excellent sample has an incredible purity of 99.5%.

White salt rock has many applications in industrial, decorative and therapeutic fields. Owners of such industries are looking to buy high quality and reasonable price rock salt from miners so that they can save money, grow their business and make a good profit in this way.

For this purpose, all you have to do is contact the Halito rock salt Group and buy your rock salt directly from the mine.

Factory of salt block for cooking in iran

Export rock salt from Iran and delivery to destination