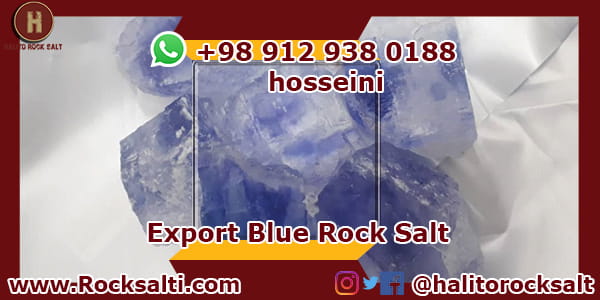 What is Blue Rock salt?

Blue rock salt or, in short, blue salt has only existed in Iran and Garmsar salt mines and is absent in any of the salt reserves in the world and has not been observed so far.

The appearance of this salt is different from other salts due to the presence of blue grains and is why it is known as blue salt.

Blue salt comes from the salt rock of the same name, and after actually bubbling blue salt, the resulting salt is called blue salt, which is extremely rare and expensive.

Perhaps it was easy to extract salt from mountain and mineral resources 150 years ago, and all operations were carried out by machine. The volume of salt extraction increased unbelievably, surpassing demand, leading to a decline in salt prices. It may be that if salt was not used this way in the past centuries, and even salaries were paid to the soldiers, we would see this from the English word salary as a salary that historians have stated since salt or Salaries were paid to Roman soldiers.

However, despite the sharp decline in salt prices in many countries due to its abundance, blue salt, and consequently blue salt, is an exception because its abundance is very limited and in some years it may be as high as 4 tonnes. Nor does the latter indicate the difficulty of extracting and extracting blue salt rock.

The characteristic feature of this salt is due to the large amount of potassium contained in it, which causes the salt to turn blue. 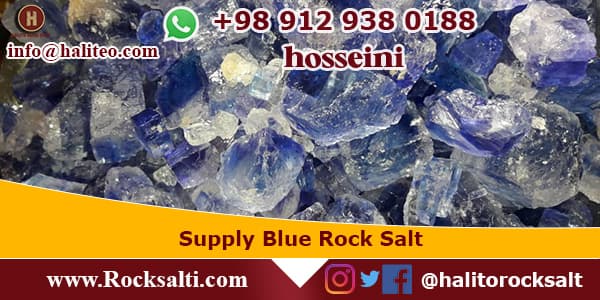 Why the salt turns blue?

In order to understand why blue salt rock is particularly prone to this color, we first need to know how it is formed.

Blue salt rock is found in an area of ​​Iran where it was geographically very large, 200 million years ago, and after the drying up of this large aquatic complex, salt mines were formed, and due to abundant phosphorus, some veins within These mines contain potassium, which are the same sources of blue salt.

To be clear, too much compression in the salt mines due to millions of years of accumulation causes these salts to appear blue, but after breaking and crushing the blue rocks have turned white and the blue dots within It is seen and is actually one of the ways to detect blue salt rock in the latter case. 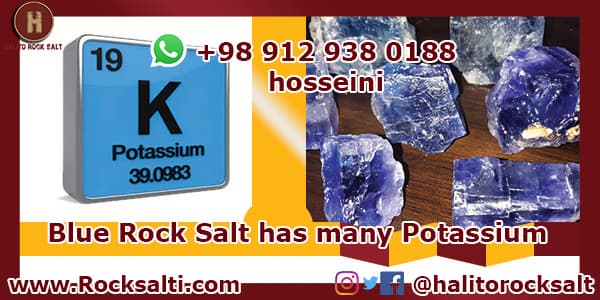 The export of blue salt is different from other salts because things have to be prepared in advance and the target market is different and there are no customers in every country because of the high price of open blue salt.

Main Blue Salt Traders Always Seek to buy Iranian Blue Salt Because of the Many Benefits of Blue Salt and Its Many Buyers.

Loading rock salt in bulk from Iran Semnan mine