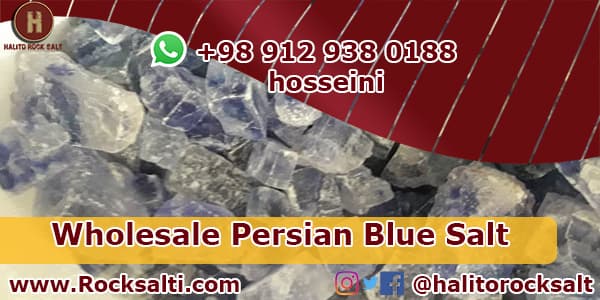 Blue salt has been formed during thousands of years of fossilization, and unlike sea salt extracted from salt ponds, blue salt is a fossil or, in other words, salt crystal whose crystals evolved over 3 million years ago in the Precambrian Seas. ) It’s formed.

This blue-colored salt formed by evaporation of lakes over millions of years coincides with species such as ammonites, reptiles and dinosaurs that endangered dinosaurs at the end of the Cretaceous due to meteorite impacts to land, eruptions of volcanoes, or backwaters. There were oceans settling.

This salt is one of the rarest and most precious salts formed as a thin mineral vein in an ancient salt lake. 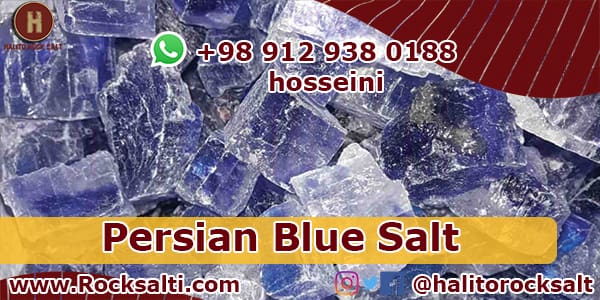 Why blue salt turn to blue?

The light blue color of these salt crystals is due to the presence of a potassium mineral called silynite which is present only in halite salts and is fossilized due to specific climatic conditions, altitude, pressure and moisture of the silicate.

Blue salts are extracted from mines in the mountains of northern Iran located in Semnan province and especially from Garmsar mines.

In terms of flavor, this salt gives the food a strong and satisfying initial salinity, and its beautiful appearance makes a dining table look very beautiful.

At any time you want your dining room to look very luxurious you can use Iranian blue salt as it is rich in essential minerals such as iron, calcium and potassium, and is one of the rarest salts in the world that is only available annually. A small amount of it is extracted from the mines of our beloved Iran. 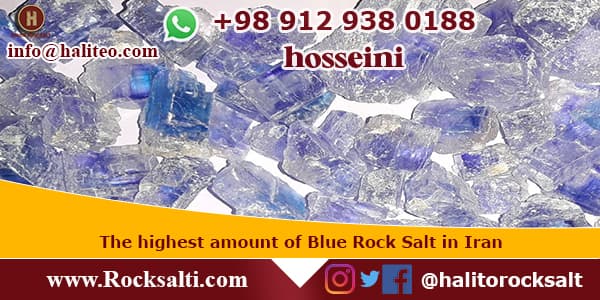 Some believe it can reduce the acidity of food because of its lemon or acidic notes. This salt is very dry, so it can be easily used in salt spray. Blue salt is very easily and uniformly removed from the salt spray.

This rare Iranian salt is used as a rock salt for baking fish, tomato salad, homemade tomato sauce and gaspacho soup, and its continued use with food surprisingly relieves depression.

In some countries, buyers and buyers of blue salt have referred to it as a joyful substance, and it is one of the wonders of nature that some kind of salt has such unique potential within it.

Of course, recent research has shown that because of the extraordinary calmness that blue salt brings with it, it also helps to regulate blood flow and heart rate, making this rare Iranian ruby ​​more important.

You can crush and grind it for use with blue salt stone and then use it to decorate your dishes and table.

One of the most important reasons many people at home and abroad are eager to use aqueous salt is the presence of various mineral salts in it, including potassium. Because every adult needs to consume 2 mg of potassium per day from various sources of food, too much potassium is also harmful. 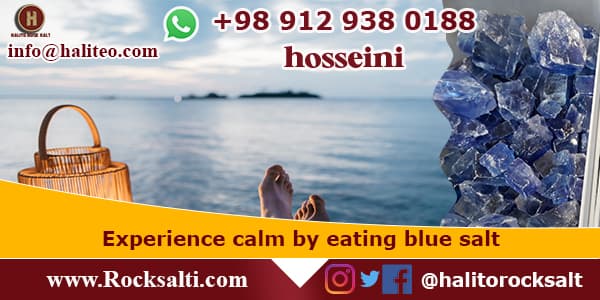 Blue rock salt for halito rock salt group that is very scarce and cannot easily be found in large quantities, so if you want to export this product we can make your order.

Currently the main applicants are concentrated in Western European countries, especially Germany, Italy and Spain, and in Eastern Europe some of them are Russian buyers and North American is very interested in buying blue salt.