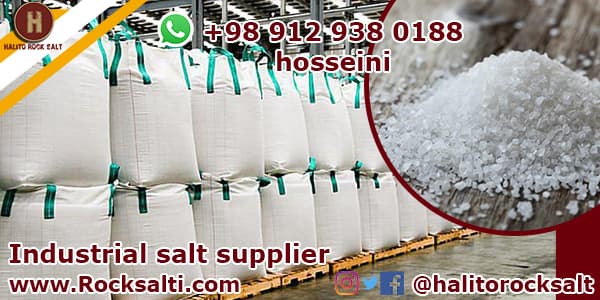 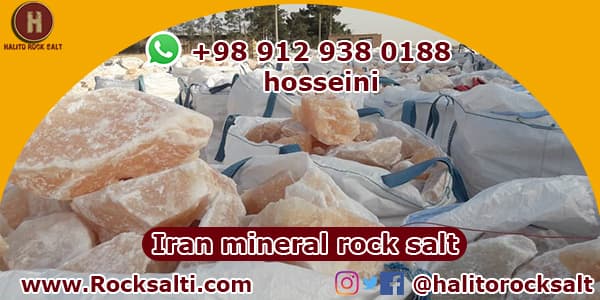 Mineral salt is the same as sodium chloride, which has been present for millions of years due to the accumulation of very large layers of dried seas. 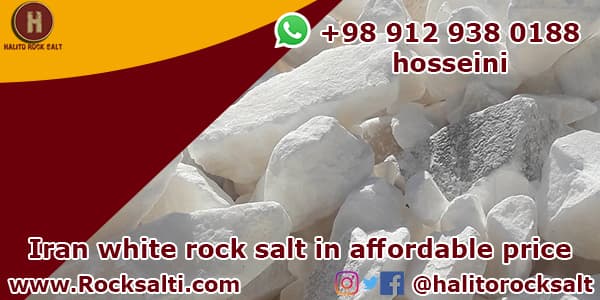 After the seawater has dried up, in hot, dry, and evaporative environments, salt mines have emerged, which are endless resources for salt supply to the human race.

There are other types of these stones in blue and pink, which are one of the natural sources rich in ions, because when the sun shines, amazing energy is produced, which is the scientific basis for the expansion of the current salt rooms.

Scientifically and over the last hundred years, it has been proven that after the sun shines on rock salt, ionization occurs inside these rocks, but there is no change in the shape and quality of the salt rocks.

After extraction from the mine, rock salt is used in a variety of applications, including decorative, industrial, food, and therapeutic applications. 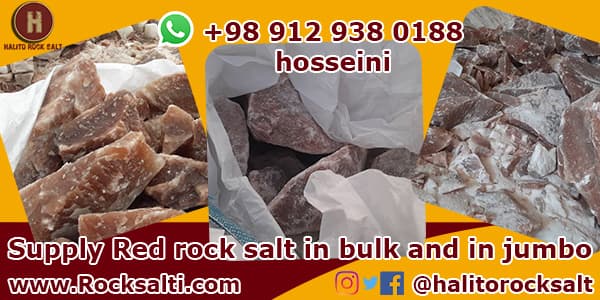 Extraction of rock salt from mine

The polished rock salt is glassy and has a council taste, and these rocks have low hardness.
There are several ways to obtain rock salt, which are described below.

In the vacuum method, an evaporator is used. These evaporators suck in the saline water from the pump and convert it into salt as a result of evaporation.

Evaluation of evaporation method: In evaporative method, sea water or water that has salt is poured into open pools with low depth and then with the help of evaporation, water is lost and salt is left. This method is also used to produce edible salt. Is used.

Basic chamber mining method: This method is used to extract mines that have low slope and high thickness. Also, these mines have a high extraction speed. 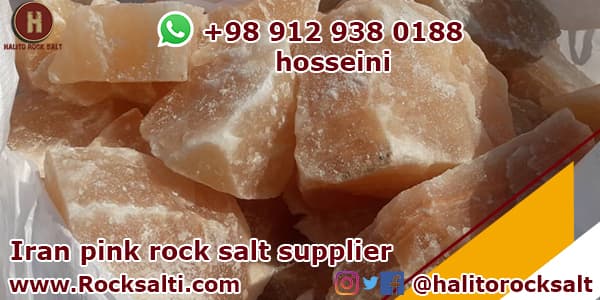 Salt rock has various and varied uses and properties, some of which are introduced below:

The production of decorative saltstone and its use in homes and workplaces makes the environment more beautiful and attractive. Also, salt rock is soothing if it is a therapeutic type and gives a positive energy to the environment.

The ions in the decorative rock salt ionize when exposed to sunlight, and the ions produce energy. 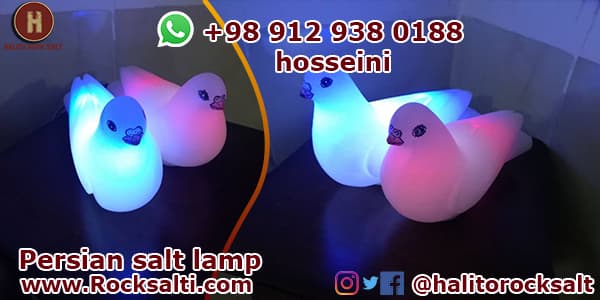 One of the things that has been discussed among Iranians in the past about the properties of rock salt is its use to dissipate energy, which of course can be proven by scientific reasons.
In general, the eyes are the valve of the body and can transmit body energy (both positive and negative) to the outside. Additionally, it is called an ion.

Ions, if positive, can cause mental and emotional distress, depression, and fatigue, and if they are negative, they can bring happiness, vitality, relaxation, and stress. 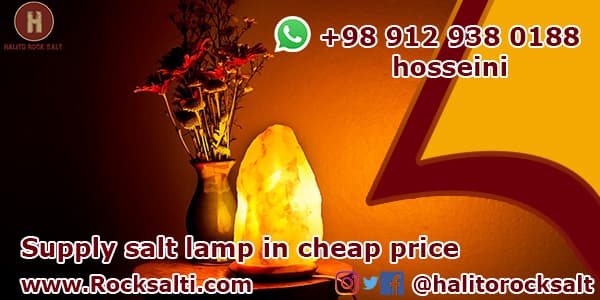 The most famous salt rocks are white and pink, which are often found in Iran and Pakistan, and there is another type of salt rock that is blue and the color tends to be blue, which is why it is a product. Be completely unique in the world.

Blue rock salt is a well-known product among all countries and is discovered only in Iran and in the Garmsar region and has never been seen anywhere in the world like it.
The reason why blue rock salt is blue is that there are large amounts of potassium in this rock. The higher the amount of potassium in rock salt, the more the salt color of the rock turns to blue. 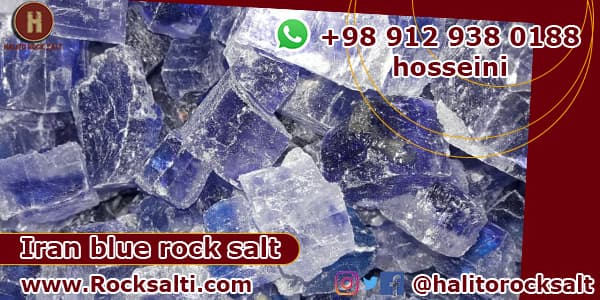 One of the most famous salt rocks in the world, which is very famous, is the Himalayan salt rock, which has been able to provide a very good position thanks to its many years of presence in the international market.

In many parts of the world, rock salt is used in food and consumption due to its minerals such as manganese, iron, zinc and copper.

Treatment of sodium deficiency: If sodium is low in the body, it can cause problems such as seizures, insomnia, mental health problems, coma or even death. Salt rock improves the level of sodium in the blood due to its high sodium content.
Muscle cramps: Oral salt is very useful for relieving muscle pain.
Treatment of stomach and gastrointestinal problems:
Solving skin and hair problems It is very useful to solve skin and hair problems such as skin rejuvenation, hair volume.
Elimination of toxins in the body, in this regard, rock salt soap has a very unique effect.

To eliminate body toxins with rock salt soap, you can put salt soap in lukewarm water and put your feet in the container for 30 minutes. 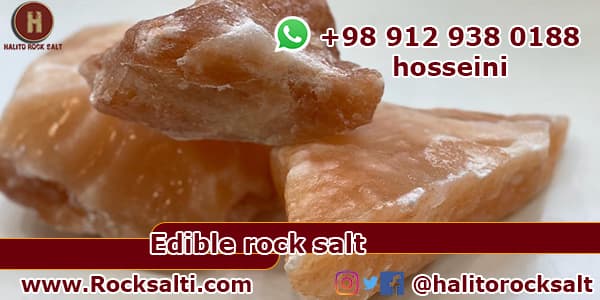 Today, with the growth of technology and access to the Internet and most online shopping, if you are looking for a reliable collection of mineral salt and its unique benefits, Halito Salt Collection can help you a lot in this regard.

With access to the largest Garmsar rock salt mine and having a rock salt factory, the Halito complex has a capacity of 5,000 tons per month for packing, loading and exporting rock salt.

Wholesaler and supplier of rock salt in Iran