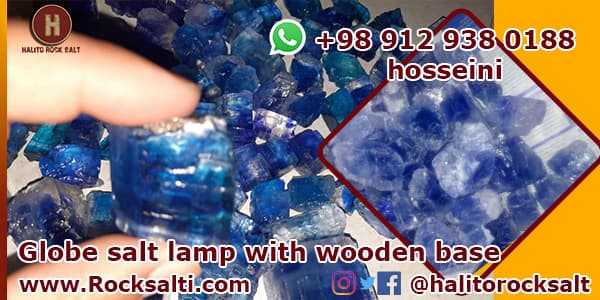 The largest supplier of crystalline blue salt in Iran, purchase of edible blue salt, the possibility of exporting crystal blue rock salt to any part of the world, sending blue rock salt in small quantities throughout the country.

The special, very attractive and distinctive appearance of blue salt may make it unbelievable; In a way that some people consider its existence to be the product of deceit and trickery. But activists in this field are well aware of the properties and value of such products. Join us for a look at this magical substance! 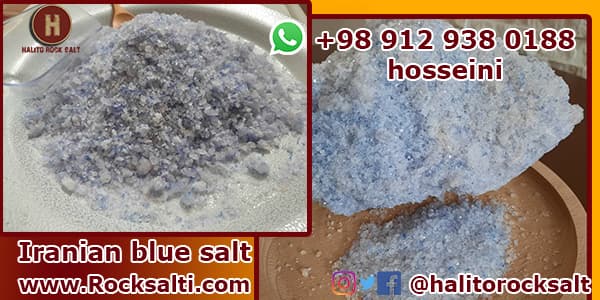 The general public thinks that all salts are white, but blue salt is one of those salts that dispels this notion. This type of salt, just like other types of colored salts, including red or Himalayan, has taken on this color due to the presence of impurities.

In the case of blue salt, this color is due to the high level of potassium. Potassium is one of the most nutritious and beneficial minerals, and its presence along with the constituent elements of salt has led to this beautiful and attractive color of blue salt. It is interesting to know that this type of salt is known by Iranian identity cards and in some areas it is known as (Persian Blue Salt). 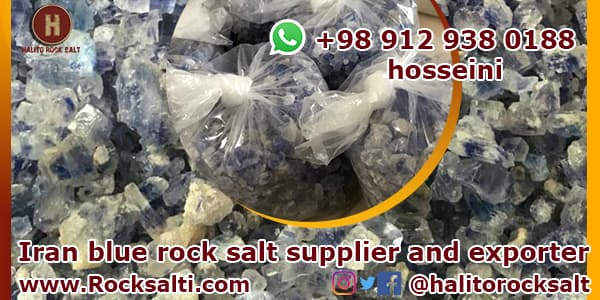 Buyers of blue salt in the world

Blue salt has many customers in the world. Different groups and categories with different goals are interested in using blue salt and enjoying its benefits. This type of salt is used both for culinary purposes, such as decorating food and making it more beautiful, as well as for therapeutic purposes and in order to benefit from its medicinal properties.

It should be noted that the use of stone is also common for decorative or therapeutic purposes. The issue that has increased the number of customers and its price is its scarcity. A large amount of this salt is harvested only in Iran and this makes its resources limited and considered scarce.

Iran, as the main producer of blue salt, unlike other competing countries, has a huge volume of this type of salt. In addition, the quality of its product will be an exemplary masterpiece, provided it is procured from reputable centers. These two factors have made European customers interested in Iranian blue salt and intend to buy it in large quantities.

However, if you are one of the exporters interested in making money in this field, we are ready to accompany you in this direction. Offering the best quality, production in the desired volume and speed and ease of shipment preparation, makes you a leading exporter in European markets.